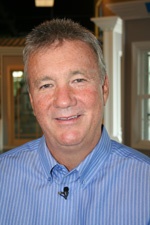 Don Bruce at a Glance

Don Bruce, founder and CEO of American Home Design, is recognized as a local and national leader in the home improvement industry. In 2008, Mr. Bruce was inducted into the prestigious Legends of the Home Improvement Industry, a distinction awarded by the renowned business consulting firm Dave Yoho Associates. Mr. Bruce and his fellow Legends are home improvement professionals who were selected for induction after sustaining outstanding levels of growth and innovation through a consistent “customer-first” philosophy. That approach to business was the reason Mr. Bruce founded American Home Design in 1977 – to provide his clients the superior customer service they wanted and deserved.

More than three decades later, Mr. Bruce’s early instincts about the importance of customer service continue to bear fruit. The Nashville native gradually built American Home Design into the region’s most successful home improvement company, with more than 100 employees, a consistent A-plus rating with the Better Business Bureau, and more than 35,000 satisfied customers. That early commitment to customer service engendered the kind of client loyalty that most contractors can only dream about – 30 percent of American Home Design customers come from referrals by existing or past customers. Not only is this a testament to American Home Design’s ability to please its clients, it also helps the company save a considerable amount of money each year in advertising costs. Says Mr. Bruce: “Our customers trust us and understand that if they do have a problem, we’re going to come back and get it taken care of fairly. They’re not going to be mistreated.”

Besides an unwavering commitment to superior customer service, Mr. Bruce built American Home Design on a foundation of innovation and personal guarantees. A lifetime workmanship warranty was not available for homeowners in and around Nashville in the late 1970s. American Home Design remedied that in the early 1980s by insuring its customers that as long as they owned their home, if something ever went wrong with the work performed by American Home Design, it would be corrected. “People know when they do business with us, they’re going to be safe,” Mr. Bruce says. In addition, as the first company in Nashville to provide replacement windows, American Home Design began to manufacture its own windows with innovations that improved their strength, durability, and energy efficiency. That commitment to excellent service, product innovation, and a willingness to back up their work helped grow American Home Design’s customer base exponentially over the years. Of nearly a half-million households in the Middle Tennessee region, American Home Design has performed work on approximately 50,000. As he drives around the Nashville area, Mr. Bruce still gets a thrill from spotting work his company performed on a home decades ago. The company’s commitment to innovation continues in the 21st century with the development of an Aging in Place division, which provides improvements around the home, such as walk-in tubs, to better allow senior citizens to be comfortable and safe at home.

Mr. Bruce’s commitment to excellent customer service has its roots in his upbringing in Nashville. His father was a front line supervisor for DuPont for 47 years, as well as a lay evangelist with the Church of Christ. Mr. Bruce’s work ethic was shaped by his father’s example. “Dad was not very wealthy,” says Mr. Bruce. “He made $100 a week and gave $40 a week of it to the church. I was angry about this as a kid, and he told me one day I’d understand it. I think my success has come because of his giving, and learning to give to others. I learned that early.” While attending Nashville’s Maplewood High School, Mr. Bruce earned part–time money working in retail, selling clothes and shoes. He graduated from Maplewood and went on to the University of Tennessee, where he was a catcher on the baseball team. Mr. Bruce also held down several part–time jobs on the UT campus in Knoxville while earning his Bachelor of Science degree in marketing. He remains an avid Volunteers fan and is an engaged and active supporter of the school’s athletic and academic programs. He moved to Atlanta after graduation from UT and became a sales representative for U.S. Steel’s Siding and Window Division. He learned the ins and outs of the home improvement trade, gaining practical, hands-on experience in skills such as window construction. He thrived in sales, and quickly earned a promotion and a transfer back to his home town. He married the former Joan Wafford, whom he had met in Atlanta, and they settled down to build a life together in Middle Tennessee.

Not long after moving back to Nashville, Mr. Bruce recognized a need in the region for a truly customer-oriented home improvement company. American Home Design was born, starting with Mr. Bruce, a secretary, and the work crews Mr. Bruce would personally supervise on every job. The company grew steadily, building a loyal client base along the way. Today, American Home Design is a multi–million dollar business that has earned recognition as a Big 50 award winner from Remodeling Magazine, as well as consistently being named one of Qualified Remodeler magazine’s top 50 exterior remodeling companies in the country year after year. Many of his employees have been with the company for decades. That means they are extremely experienced in the home improvement industry, but it also is an indication that American Home Design’s workforce is invested in the community where they work, as well as in the success of the company itself. In addition, Mr. Bruce has been profiled in Replacement Contractor magazine. Mr. Bruce also parlayed his success in home remodeling into other thriving Nashville business ventures, including the American Realty Company, Don Bruce & Associates, Elm Hill Development Company, and American Aviation.

Even as he built his company into the successful enterprise it is today, Mr. Bruce never forgot the early lessons taught to him by his layman evangelist father. He is an active member of Community Church in Hendersonville, Tenn., and has served on the boards of many philanthropic and service organizations, including the Jason Foundation for the prevention of suicide, the Sumner County YMCA, the Nashville Juvenile Court Ministry, the Madison Children’s Home & Domestic Violence Shelter, and Mission Discovery, which conducts short-term missions around the world. Mr. Bruce also was the executive operations chairman and board member for the Sara Lee LPGA Golf Classic in Nashville, and is a past president of the Associates Council Board for the Home Builders Association of Middle Tennessee.

Perhaps his most impactful service has taken place above the clouds. Those who know Don Bruce know that he loves to fly. He enjoys having the freedom to climb into the cockpit of his Cessna Citation Model 525A CJ2+ and soar off anywhere in the country at a moment’s notice. It’s a valuable business tool, as well as a form of catharsis for Mr. Bruce, who earned his pilot’s license in 1984 and has since logged more than 3,500 hours in the air. But there is much more to his passion for flying than personal and professional gratification. Mr. Bruce has flown dozens of missions for Lifeline Pilots and Angel Flight, two volunteer organizations that allow owners of private aircraft to fly seriously ill patients to treatment facilities around the country. Mr. Bruce fondly recalls the time he was awakened by a 5:30 a.m. phone call asking him to fly a patient to Memphis from Knoxville for an emergency organ transplant. “It was a miserable day, rain. When we broke through the clouds, I looked back at the guy’s face, and he was enjoying the flight. To see the peace in his eyes and to be able to touch people like that, that’s probably the most rewarding thing. It’s just a blessing to me to be able to give something like that to somebody who’s facing a real trauma and a life-changing event.”

Mr. Bruce continues to play a prominent role with the Bruce Family Foundation and other charitable organizations and remains dedicated to public service in and around Middle Tennessee and beyond.